We hope that you will be able to join us and share with us this unusual and interesting opportunity to learn first hand from pioneers who have contributed significantly to our field and to get to know better the history and anecdotes behind work that is now recorded in books. 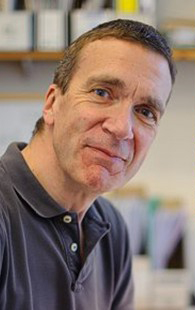 Many-body perturbation theory (MBPT) is a set of theories of the quantum states and time-evolution of a system of interacting electrons. MBPT is based on the iterative solution of an exact set of coupled equations for the electron Green's function (which plays the central role in MBPT, rather like the Kohn-Sham wavefunctions in density-functional theory). The Green's function has a physical meaning: the probability amplitude for an electron, injected into the system at a given position, to have arrived at another position after a given time interval. The similarity between the MBPT and DFT formalisms gives a useful perspective on both theories. Exchange and correlation are described in MBPT by the self-energy, Σ, a non-local, energy-dependent potential that is the counterpart of the exchange-correlation potential in DFT. After one iteration of the coupled equations, Hedin obtained his 1965 "GW" approximation for Σ which has been the dominant approach in ab initio applications of MBPT over 35 years. I shall review the status of different implementations of GW and higher-order theories, addressing their theoretical and computational merits and also the variety of experimental characteristics of a system that can be predicted.

Rex Godby is emeritus professor of theoretical physics in the Department of Physics, University of York. His research focuses on the quantum dynamics of systems of interacting electrons and other complex systems, including studies of the exact Kohn-Sham potential of time-dependent density-functional theory (TDDFT), together with the development of improved approximate TDDFT functionals for dynamical problems. After completing his BA and PhD degrees at the University of Cambridge, Godby was a postdoctoral researcher at Bell Laboratories, New Jersey, from 1984 to 1986. He then returned to Cambridge as a research fellow, moving to York in 1995. He is one of the founding members of the European research network on the ab initio description of electronic excitations in matter, the ETSF (European Theoretical Spectroscopy Facility), which evolved from earlier European collaborations starting in the 1980s, via the "Nanophase" and "Nanoquanta" research networks.

Electronic excitations in a many-body world, from quasiparticles to spectra

Many-body effects influence observables quantitatively, and often also qualitatively. In particular, while a spectrum of independent electrons consists of single lines that correspond to “the” energy of an electron, real spectra can show broad peaks and a rich structure. These observations can be related to an effective hamiltonian that is frequency-dependent, even when the full many-body hamiltonian is static. In this part we will discuss the origin and physics of the frequency-dependence, as well as its consequences. Building on Rex Godby’s introduction, we will examine the GW approximation with these questions in mind, highlighting the strong points and limitations of GW from a conceptual point of view, as well as in comparison with experiment. We will then see how this insight can guide us in the search for approximations beyond GW, and we will extend the discussion to the electron-hole problem. Finally, we will make a few points about the gap between theory and experiment.

Lucia Reining is an exceptional grade senior researcher of CNRS, working at the Ecole Polytechnique in Palaiseau, France. After her master’s degree at the University RWTH Aachen in Germany with a pen-and-paper thesis, she moved to “Tor Vergata” University in Rome to work with Rodolfo Del Sole, who convinced her that computers are a useful tool to get numbers out of a tight binding model. She remained for a PhD about many-body perturbation theory in tight binding. Since people tended not to believe semi-empirical approaches, she decided to learn more about first principles calculations. After her PhD she moved to CECAM, which was located at Orsay at that time. With a Marie-Curie fellowship, she discovered the excitement of speeding up ab initio calculations, more specifically working on GW. Towards the end of her stay at CECAM she got involved in European projects which laid the foundations for long-lasting collaborations and friendships, and which culminated in the European Theoretical Spectroscopy Facility (ETSF, www.etsf.eu ). At that time, she and her coworkers started their activity on the first principles solution of the Bethe-Salpeter equation. She then entered the CNRS. Today, her work combines analytical and numerical approaches including the development of density functionals and Green’s functions functionals, approximations and applications, often in collaboration with experimentalists. Besides journal publications, a joint book with Richard Martin and David Ceperley about “Interacting Electrons” reflects her view on many-electrons physics, and her work has been recognized by a silver medal of the CNRS in 2003, election as APS fellow in 2007, an ERC advanced grant in 2012 and the Gentner-Kastler prize of the French and German physical societies in 2020. 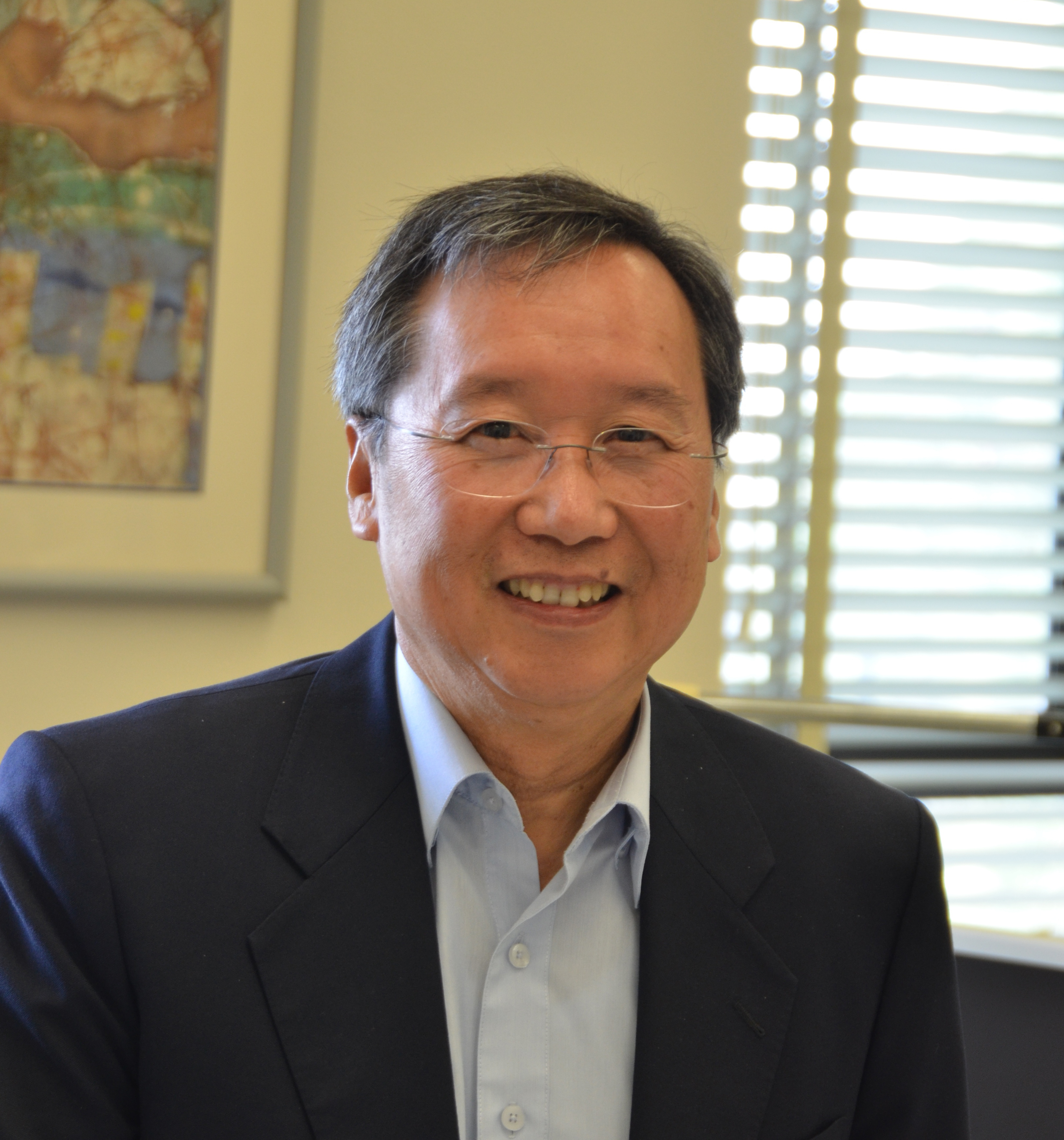 Many fascinating phenomena in nature owe their emergence from interactions of a large number of particles. In particular, many-electron interactions are often dominant in excited-state phenomena of real materials. We present in this talk some of our understanding of and capabilities for ab initio computation of excited-state phenomena within the interacting many-particle Green’s function approach using many-body perturbation theory. Different physical measurements and phenomena are connected to the different kinds of interacting Green’s functions.  Photoemission spectroscopy may be understood from the perspective of an interacting 1-particle Green’s function (e.g., within the GW approximation for the electron self-energy) as discussed in the talks by Rex Godby and Lucia Reining.  However, correlated multi-particle excitations such as excitons, trions, and bi-excitons require knowledge of the 2-, 3- and 4-particle interacting Green’s functions, respectively. Moreover, nonequilibrium and time-dependent phenomena, such as field-driven phenomena and pump-probe experiments, require yet very different treatments from those of the equilibrium case.  We shall discuss the concepts and methods behind the ab initio studies of these phenomena, and give some illustrative examples including single- and multi-particle excitations, linear and nonlinear optical responses, as well as field-driven time-resolved and angle-resolved photoemission spectroscopy (tr-ARPES).

Steven G. Louie received his Ph.D. in physics from the University of California at Berkeley in 1976.  After having worked at the IBM Watson Research Center, Bell Labs, and U of Penn, he joined the UC Berkeley faculty in 1980, where he is professor of physics and a senior faculty scientist at the Lawrence Berkeley National Lab.  He is an elected member of the National Academy of Sciences, the American Academy of Arts & Sciences, the Academia Sinica (Taiwan), and a foreign member of the Chinese Academy of Sciences, as well as a fellow of the American Physical Society (APS), the American Association for the Advancement of Science, and the Materials Research Society (MRS).  He is a recipient of the APS Aneesur Rahman Prize, the APS Davisson-Germer Prize, the MRS Materials Theory Award, the Foresight Institute Richard Feynman Prize, the DoE Award for Sustained Outstanding Research in Solid State Physics, as well as named Jubilee Professor of the Chalmers University of Technology, Ørsted Lecturer of the Technical University of Denmark, and Benjamin Lee Professor Award of the Asia Pacific Center for Theoretical Physics, among others.  Louie’s research spans a broad spectrum of topics in condensed matter physics and nanoscience.  He is known for his pioneering development of the ab initio GW method and for his studies of novel bulk and reduced-dimensional systems, with over 670 publications and a current Google Scholar h-index of 159.