We hope that you will be able to join us and share with us this unusual and interesting opportunity to learn first-hand from pioneers who have contributed significantly to our field and to get to know better the history and anecdotes behind work that is now recorded in books.

The CECAM MARVEL Classics are a fully online series. 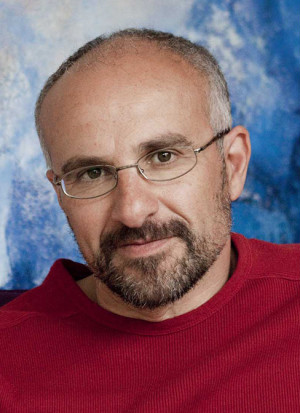 From copper-oxide superconductors to twisted two-dimensional materials, strong electronic correlations have focused enormous attention over several decades. The classic paradigm of solid-state physics in which electrons form a gas of wave-like quasiparticles must be seriously revised for strongly correlated materials. Instead, a description accounting for both atomic-like excitations in real-space and quasiparticle excitations in momentum space is required.
I will review how Dynamical Mean-Field Theory (DMFT) fulfills this goal and provides an original physical perspective on strongly correlated electron materials as well as an efficient computational framework to understand and predict their properties. Thanks to the efforts of a whole community over almost three decades, the theory has been developed to such a point that it can successfully be applied to real materials taking into account their structure and chemical composition. I will also outline how the theory is being extended and generalized in many fruitful directions.

After initial steps in the statistical mechanics of disordered systems, Antoine Georges has focused his research on the physics of interacting quantum systems such as materials with strong electronic correlations, quantum impurity models and cold atomic gases in optical lattices. He is one of the co-inventors of Dynamical Mean-Field Theory, for which he shared the 2006 Europhysics Condensed Matter Prize, the 2020 Aneesur Rahman Prize and the 2022 Feenberg Medal. This theory has deeply transformed our understanding of materials with strong correlations and our ability to explain, calculate and predict their physical properties.
Antoine Georges is a Professor at Collège de France, Paris and the Director of the Center for Computational Quantum Physics (CCQ) at the Flatiron Institute, Simons Foundation, New York. He also has an affiliation to the University of Geneva and is a member of the French Academy of Sciences. 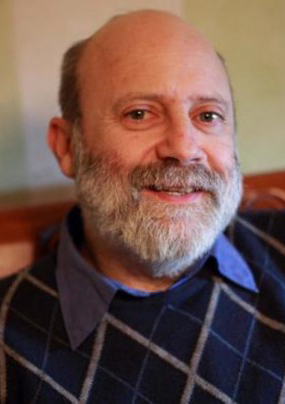 Understanding and computing the properties of  strongly correlated electron materials: the Dynamical Mean Field Theory perspective and challenges ahead

Strongly correlated electron materials pose great conceptual and computational challenges. Quantum embedding methods such as Dynamical Mean Field Theory (DMFT) have enabled a community of scientists to achieve great progress in this area. After reviewing some basic ideas underlying this approach, such as the reduction of the full many body problem into a quantum impurity model satisfying a self consistency condition. We will then provide  examples  of some progress using  materials containing elements from different regions of the periodic table, outlining different classes of strongly correlated behavior: heavy fermions, Mott systems and Hund metals. We will conclude with the great challenges ahead.

Gabriel Kotliar got BSc and MSc at the Hebrew University inJerusalem and his PhD at Princeton University in 1983 under the supervision of PW Anderson, working on the physics of disordered systems. He was a postdoc at the ITP in Santa Barbara (1984-1986), an assistant professor at MIT (1986-1988) and has been at Rutgers University where he holds a Board of Governors Chair ever since. He is currently the director of the center of theoretical spectroscopy and materials design at Brookhaven National Laboratories and the director of the Center for Materials Theory at Rutgers. Among his research achievements are the prediction of d wave superconductivity and the pseudogap in the copper based superconductors, early studies of the interplay of superconductivity and disorder, and advancing many techniques for treating strongly correlated electron systems. He has been the recipient of numerous awards including the Alfred P. Sloan Research Fellow, the Presidential Young Investigator Award, the Lady Davies Fellowship, the Guggenheim fellowship, the Blaise Pascal Chair. He is a fellow of the American Physical Society, a member of the National Academy of Sciences and a member of the American Academy of Art and Sciences. He was one of the recipients of the (2006) Agilent Technologies Europhysics Prize, the 2021 Aneesur Rhaman prize for computational physics, the  2022 Feenbergmedal for his contributions to the development of Dynamical Mean Field Theory.

Interview and recollections A. Georges, G. Kotliar and N. Marzari