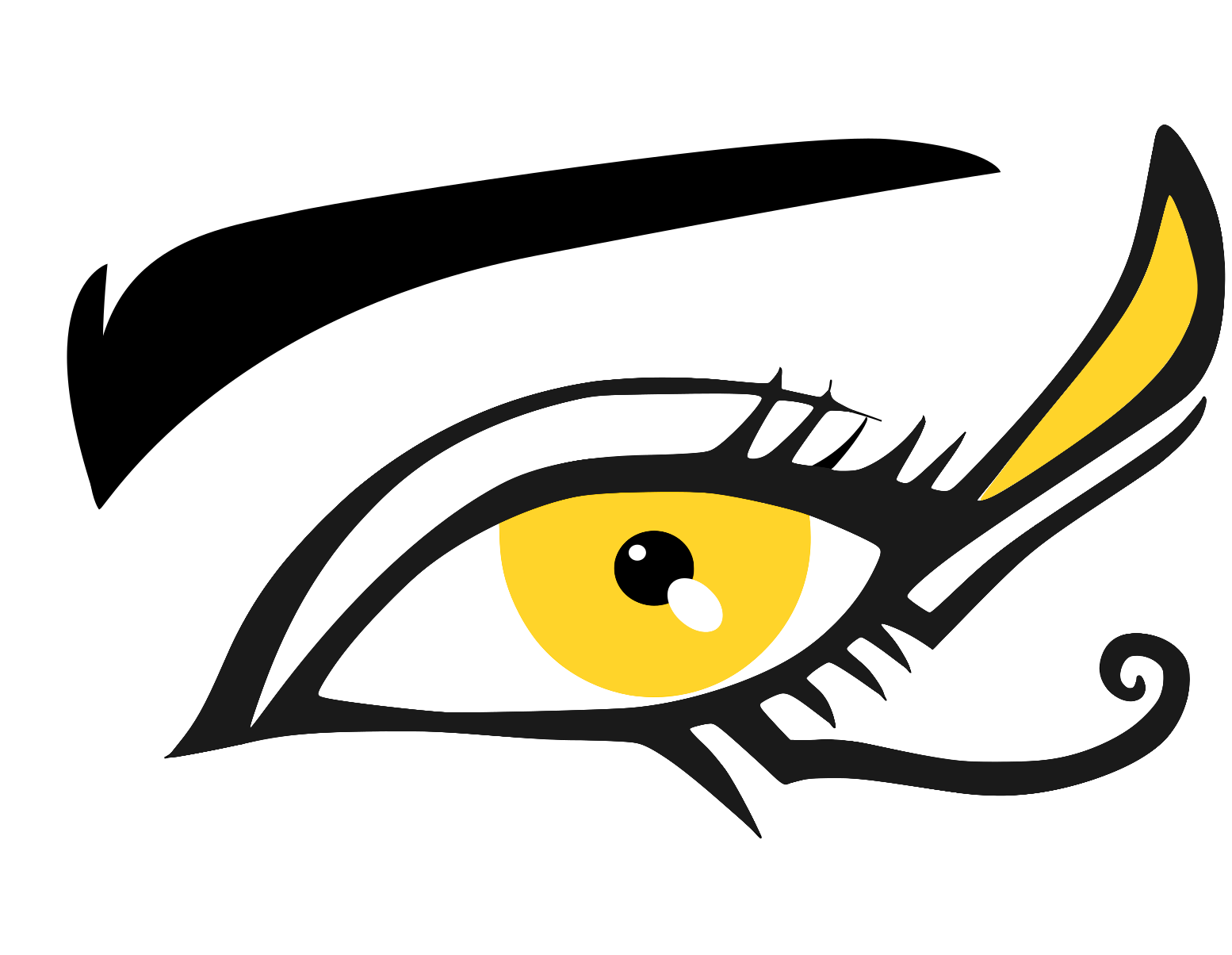 "In order to achieve full and equal access to and participation in science for women and girls, the United Nations General Assembly declared February 11 as the International day of Women and Girls in Science in 2015” (from the UN website).

CECAM is glad to mark this important occasion with a special afternoon dedicated to women who contributed to our field…and by proposing an unusual tool to encourage (also) young girls to consider a scientific path.

Our program starts with a conversation between Ruth Lynden-Bell (University of Cambridge), Giulia Galli (University of Chicago), Clemence Corminbeuf (EPF-Lausanne), and Magali Benoit (CNRS) who will share with us experiences and perspectives based on their remarkable professional journeys. Ample time will be provided for interactions with the audience – that we really hope will be diverse and active – to enable a broad discussion, hopefully bringing more and different points of views to the conversation.

The finale of the meeting instead present the new CECAM comics “Cherchez, les femmes” with the authors Susanna Raule and Sara Menetti. This comics is intended as a tool, that we are happy to share with the community, for inclusive dissemination of our way to do science to younger audiences. Hopefully, you will also have some fun reading it!. 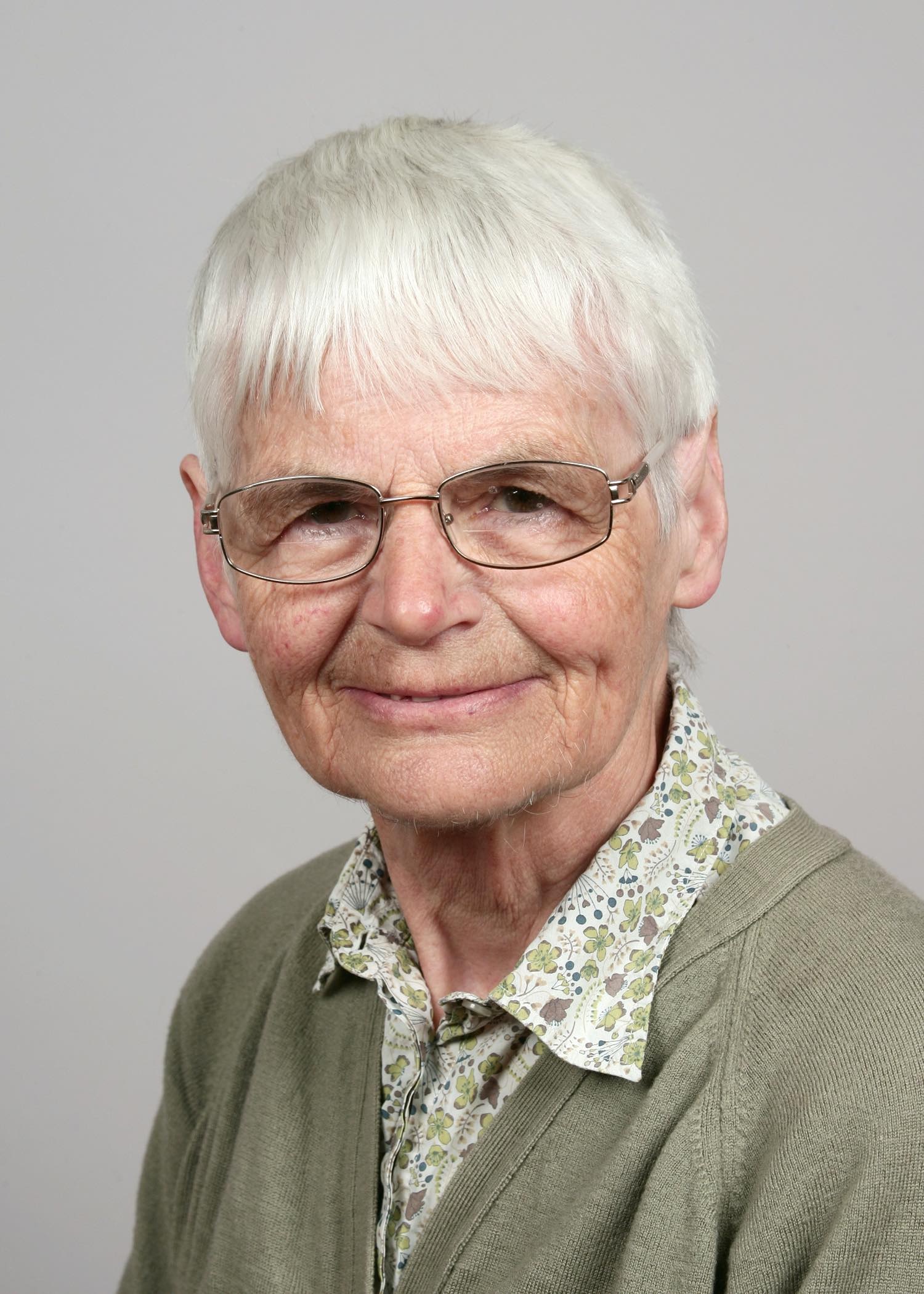 Ruth Lynden-Bell obtained her PhD in 1962 under the supervision of Norman Sheppard. Although this work was concerned with measuring NMR coupling constants and chemical shifts in simple molecules, she was always interested in theoretical chemistry. After a year at Cal Tech, she returned to Cambridge for a short time before going to the University of Sussex where she worked on the effects of motion on the ESR spectra of triplets and radicals. Later, after returning to Cambridge, she started to use Molecular Dynamics to study motion in liquids with Ian McDonald and has been using simulations ever since to study molecular motion and local structure in liquids, on surfaces and in solids. In 1995 she was appointed to Queen's University Belfast as part of an initiative to set up an interdisciplinary group in atomistic simulation. This continues to flourish after 20 years. Now she is retired and back in Cambridge, where until recently she continued to do simulations.

She was elected to the Royal Society in 2006, was awarded an honorary DSc by Queen's University in 2009, and received the Paul Walden Prize in 2012 and the Lennard-Jones prize in 2017. She has also had two prizes named after her. 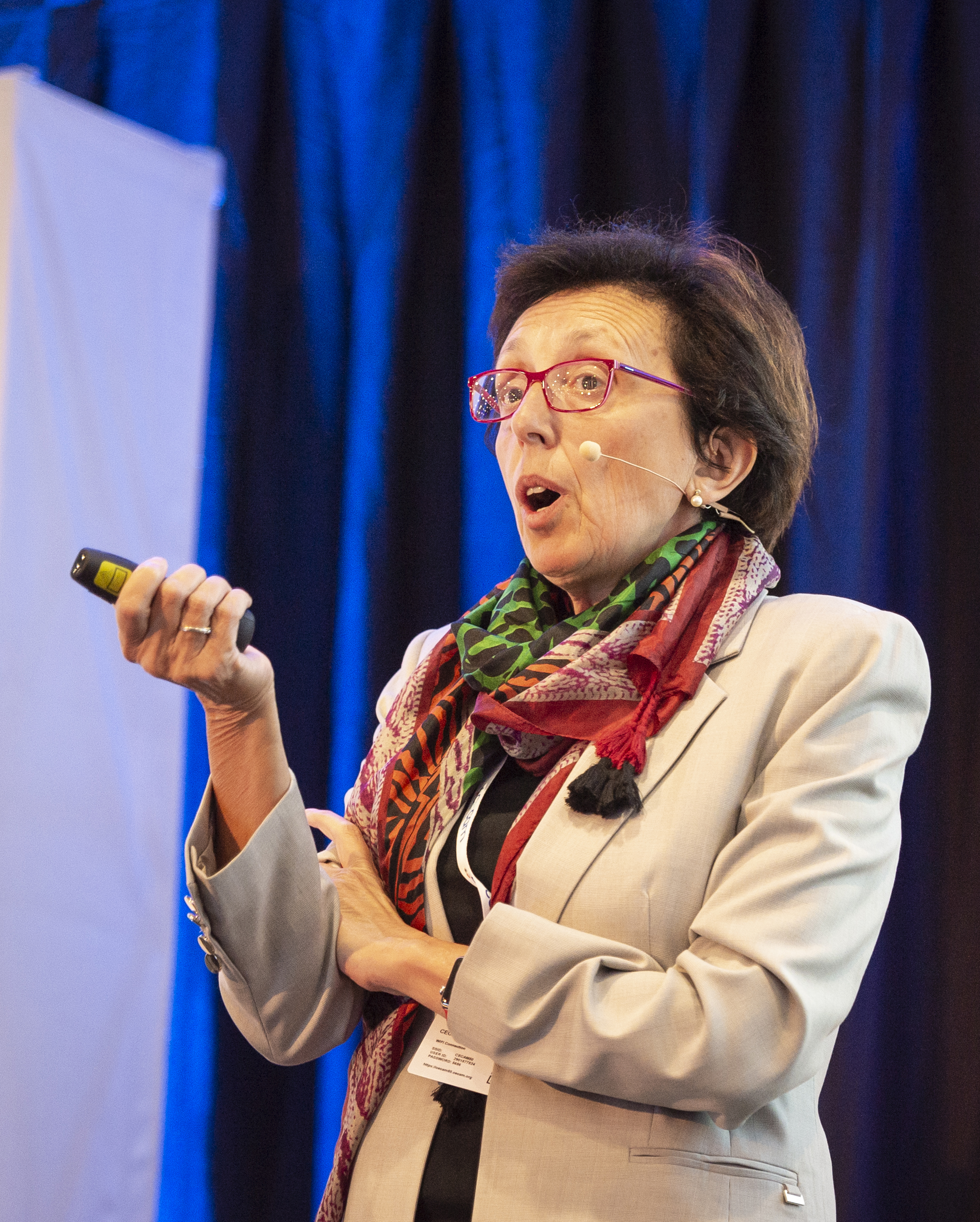 Giulia Galli is the Liew Family professor of Electronic Structure and Simulations in the Pritzker School of Molecular Engineering and the Department of Chemistry at the University of Chicago. She also holds a Senior Scientist position at Argonne National Laboratory, where she is the director of the Midwest Integrated Center for Computational Materials (http://miccom-center.org/). She is an elected member of the US National Academy of Sciences, the American Academy of Arts and Science, the American Association for the Advancement of Science, and the International Academy of Quantum Molecular Science. Her recognitions include the Raman Prize in Computational Physics and the David Adler Award in Materials Physics from the American Physical Society, the Theory Award from the Materials Research Society, the Feynman Nanotechnology Prize in Theory, and the Tomassoni-Chisesi award by La Sapienza University in Italy.  She is an expert in the development of theoretical and computational methods to predict and engineer material and molecular properties from first principles. Her research focuses on problems relevant to the development of sustainable energy sources and quantum technologies (https://galligroup.uchicago.edu/). 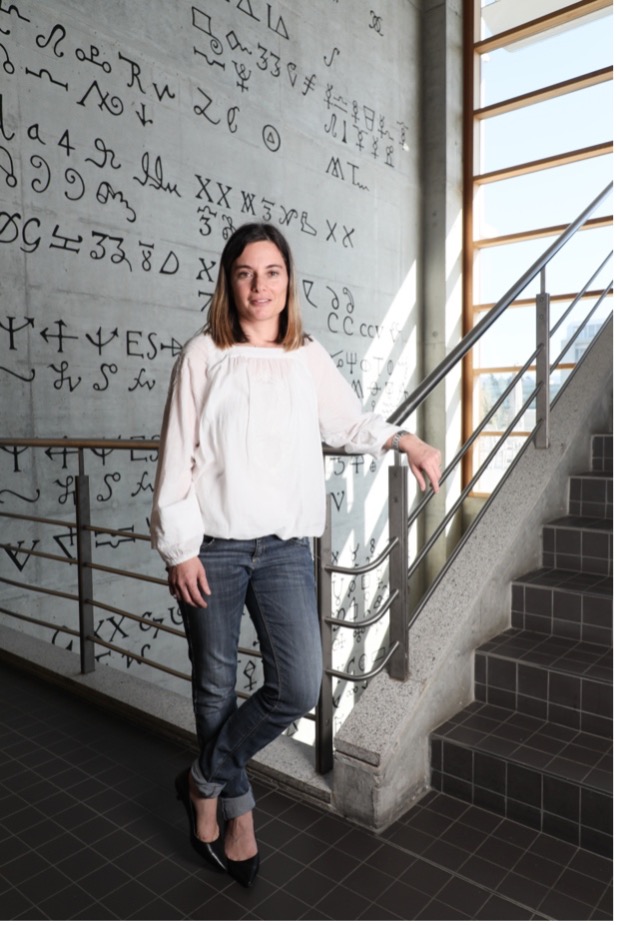 Clemence Corminbeuf is professor in theoretical chemistry at EPFL (Lausanne). She obtained her Ph.D. degrees from the University of Geneva conducting research in Geneva and at TU-Dresden. She held postdoctoral positions at New York University and the University of Georgia. Her recognitions include the Theoretical Chemistry Award from the American Chemical Society (2018), the Werner prize (2014), two ERC grants (starting in 2012 and consolidator in 2018), the Heilbronner-Hückel Lectureship Award 2021. Her research in computational chemistry focuses on the development of deterministic and statistical approaches to quantum chemistry along with conceptual work relevant to the field of catalysis and molecular materials (http://lcmd.epfl.ch). 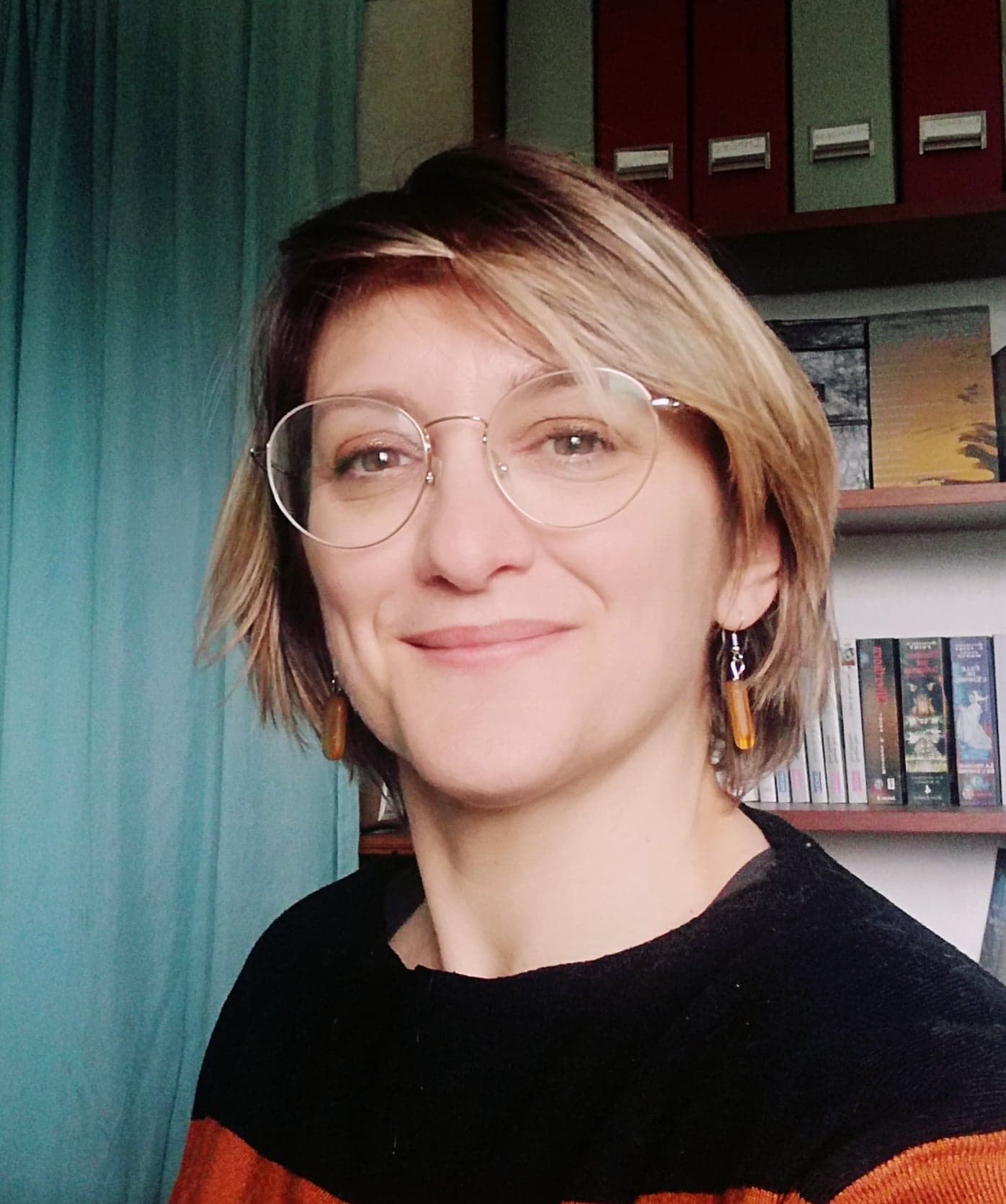 Magali Benoit is a CNRS research director at the CEMES laboratory in Toulouse (France). During her PhD, she studied the nuclear quantum effects in the high-pressure phases of ice using path integral molecular dynamics simulations, under the co-supervision of Professor Rémi Jullien (University of Montpellier) and Professor Michele Parrinello (at IBM Zurich and at the Max-Planck Institute in Stuttgart). Since then, she has been interested in path integral methods, which she now applies to the problem of isotope fractionation in geochemistry. She then joined the CNRS in 1997 as a permanent research fellow at the Laboratoire des Verres of the University of Montpellier where she initiated a research project on the structure and properties of silicate liquids and glasses by ab initio methods in order to refine the description of the local order in these systems. She moved to Toulouse in 2005 where she now focuses on the study of metallic nanoparticles, and in particular on their growth, morphology and interaction with the environment, in the context of biomedical and environmental applications. For this, she develops numerical approaches mixing ab initio, empirical potentials, and machine learning methods. She is the director of the CECAM-FR-GSO node and the deputy director of the French “groupement de recherche” on IA in Materials Science (IAMAT). She is a member of the scientific councils of the International Network on Nanoalloys and of the “Fédération de Recherche Matière and Interactions” (FERMI) in Toulouse. In January 2022, she took the head of the 'Surface, Interface and Nano-object' group of CEMES. 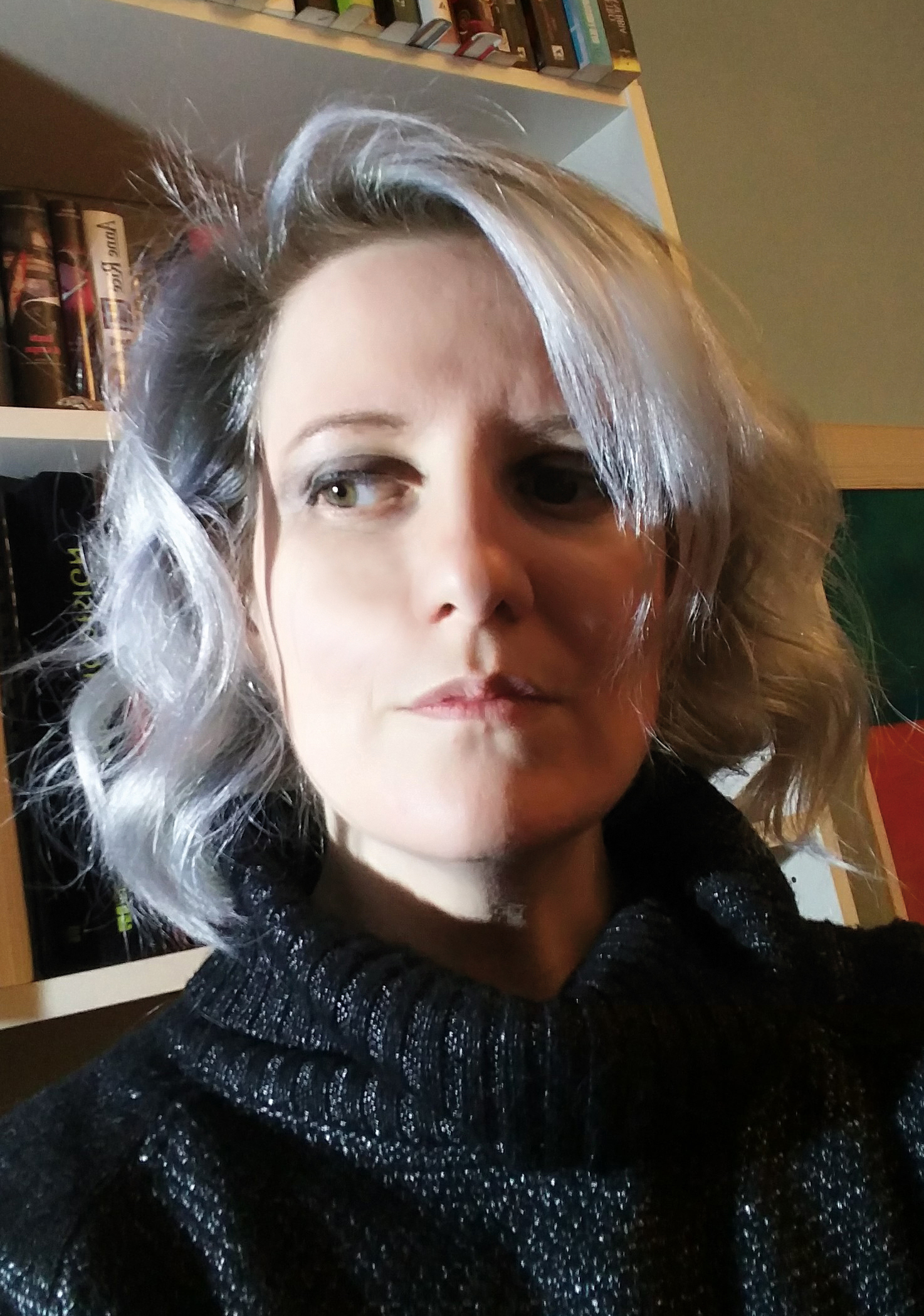 Susanna Raule (www.susannaraule.com), psychologist and psychotherapist, was born in Spezia in 1981. She worked as a translator and script writer. In 2005 she wan the Lucca Project Contest with her comics Ford Ravenstock-specialist in suicides, with drawings by Armando Rossi. In 2010 she is among the finalists of the prize IoScrittore and she has published several novels and comics with main editors in Italy and Europe. She writes for Esquire, Harper’s Bazaar e Wired and is one of the founders of the collective for gender equality in the comics Moleste (www.moleste.org). 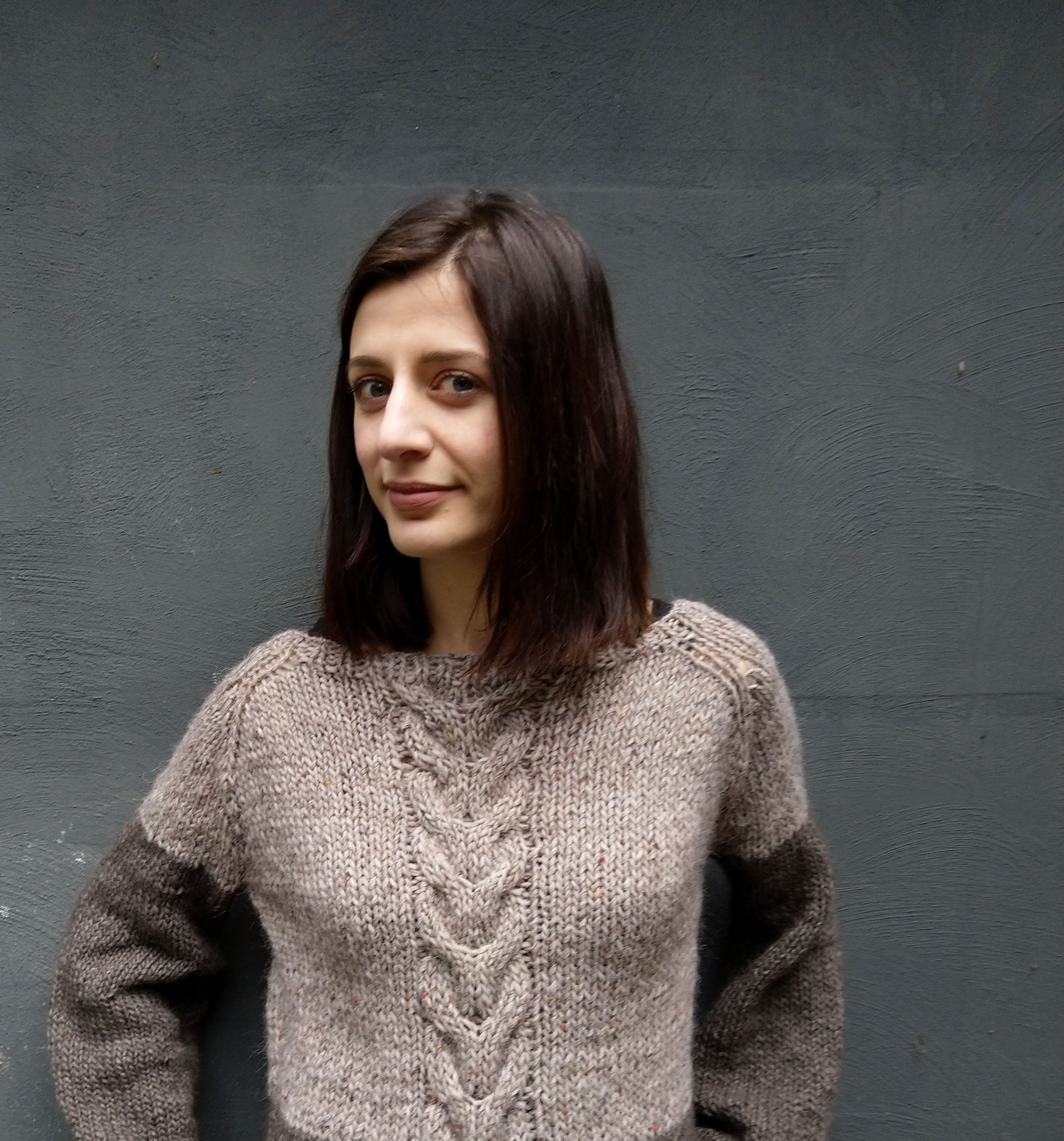 Sara Menetti (www.saramenetti.it) was born in Bologna in 1984. After graduating from the International School of Comics in Bologna, she worked as a freelance comic artist and illustrator for international agencies. Since 2013 she is in the collective of comics authors Mammaiuto with which she published Fotoessere, the travel books Tokyo-an illustrated voyage and Lisboa- Diårio de viagem and the collection of short stories Pupe. She published Centimetri with Feltrinelly Comics, and Pregnancy Comic Journal – a comic diary of an unexpected pregnancy. Her last work is Knit, Knit, Knit! A comics guidebook to…knitting”.