"In order to achieve full and equal access to and participation in science for women and girls, the United Nations General Assembly declared February 11 as the International day of Women and Girls in Science in 2015” (from the UN website).

CECAM honors this important occasion with a special afternoon dedicated to women who contributed to our field and beyond.

We start with a conversation between Shoshana Wodak, Elisa Molinari (University of Modena), Carme Rovira (University of Barcelona),  Paola Carbone (University of Manchester) and Chiara de Fabritiis (Università Politecnica delle Marche), who will share with us experiences and perspectives based on their remarkable professional journeys. Chiara will also help us to present the recent Comics and Science issue dedicated to Maryam Mirzakhani, a chance to reflect playfully on broader horizons.

Ample time will be provided for interactions with the audience – that we really hope will be diverse and engaged – to enable a broad discussion, hopefully bringing different points of views to the conversation.

This event is fully on-line and registration is not required. The Zoom link (webinar format) will be published here closer to the event. 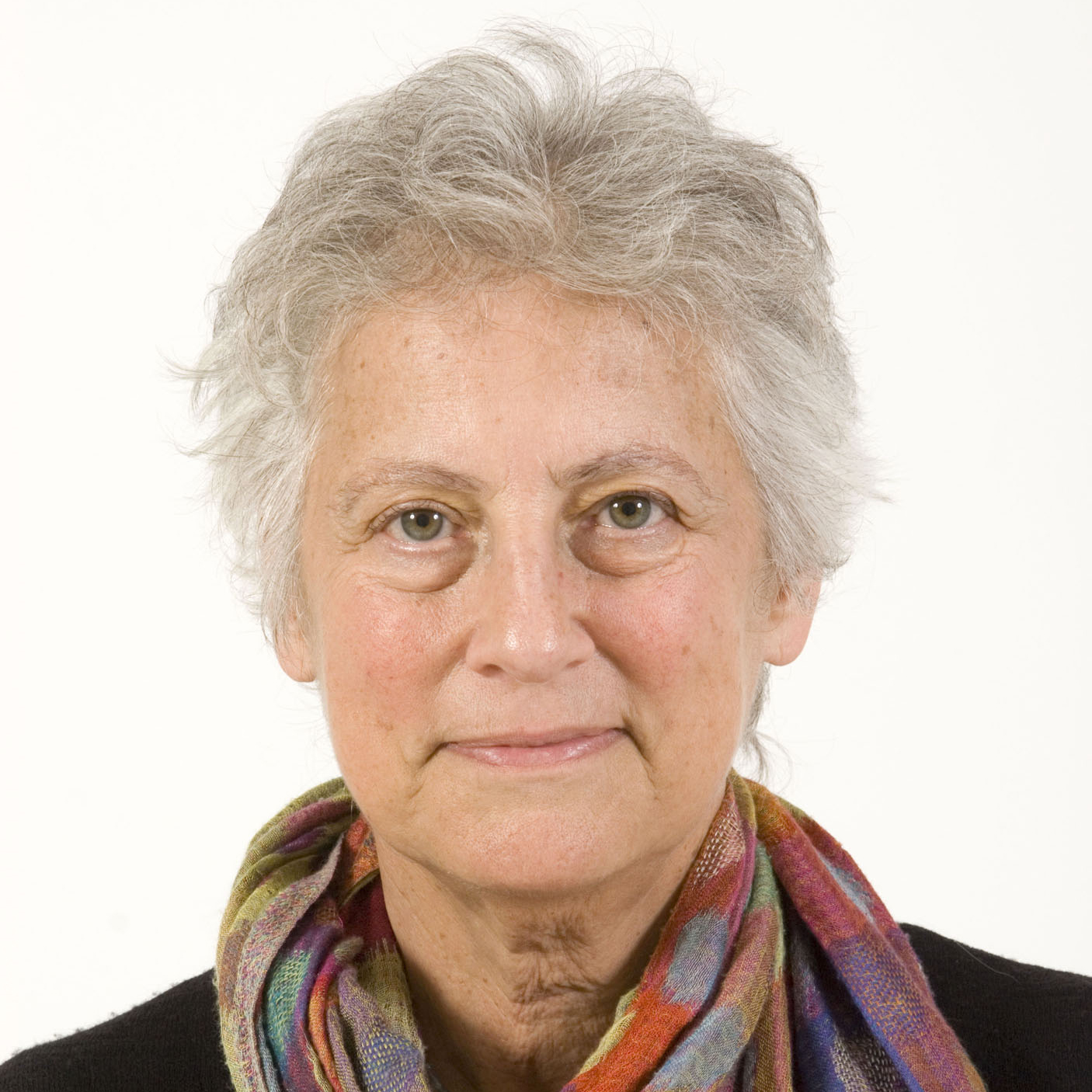 Shoshana J. Wodak, earned her PhD at Columbia University, New York, under the supervision of Cyrus Levinthal, who was developing what were then the first and most powerful computational and graphics tools for modelling proteins and protein interactions. Importing and implementing many of these tools to Belgium and France in the late seventies (with crucial support from CECAM (Centre Européen de Calcul Atomique et Moléculaire) in Paris and EMBO), she developed, in collaboration with Joel Janin, the first docking algorithms for the prediction of protein-protein interactions and one of the first procedures for defining structural domains from the atomic coordinates of proteins. With her team at the Free University of Brussels she then used molecular simulations and bioinformatics approaches to investigate the role of local interactions in stabilizing the native state of proteins, protein structure prediction, protein folding, and fold recognition. Together with her teams at the Free University of Brussels, the European Bioinformatics Institute in Hinxton, UK, and at the Hospital for Sick Children in Toronto, she developed efficient procedures for computational protein design, for simulating protein interactions and conformational changes, and for analyzing protein interactions networks and cellular pathways.
Between 1986-1993, Dr. Wodak was the Scientific Director of the protein engineering team at Plant Genetic Systems, Belgium (now part of Bayer CropScience). Among their success stories was the engineering of more thermostable versions of the xylose (glucose) isomerase enzyme, changing its metal specificity, and pH profile.
Dr. Wodak founded and co-directed the Centre for Structural Biology and Bioinformatics and headed a Master’s program in Bioinformatics. She has been a member of the European Molecular Biology Organization (EMBO) since 1990. She held a Tier 1 Canada Research Chair in Computational Biology and Bioinformatics from 2005-2012 and was elected an ISCB fellow in 2016. She is a member of F1000 since 2017.
Dr. Wodak has been a member of numerous expert panels and Advisory Committees in Europe (ERC, Horizon 2020), US (DOE) and Canada (CIHR), and is on the Editorial Boards of several journals her field.
Since 2001, Dr. Wodak serves on the Management Committee of CAPRI (Critical Assessment of Predicted Interactions), a community-wide international initiative for fostering the development of methods and algorithms for the prediction of protein interactions and complexes, and has been coordinating this effort, since 2013.
Dr. Wodak is currently a Visiting Group Leader at the VIB-VUB Structural Biology research Centre, at the Flemish Free University of Brussels, Belgium. She is a member of the Executive Committee of the Elixir 3DBioInfo Community and serves on the Scientific Advisory Board of Cyclica Inc. in Toronto Canada. 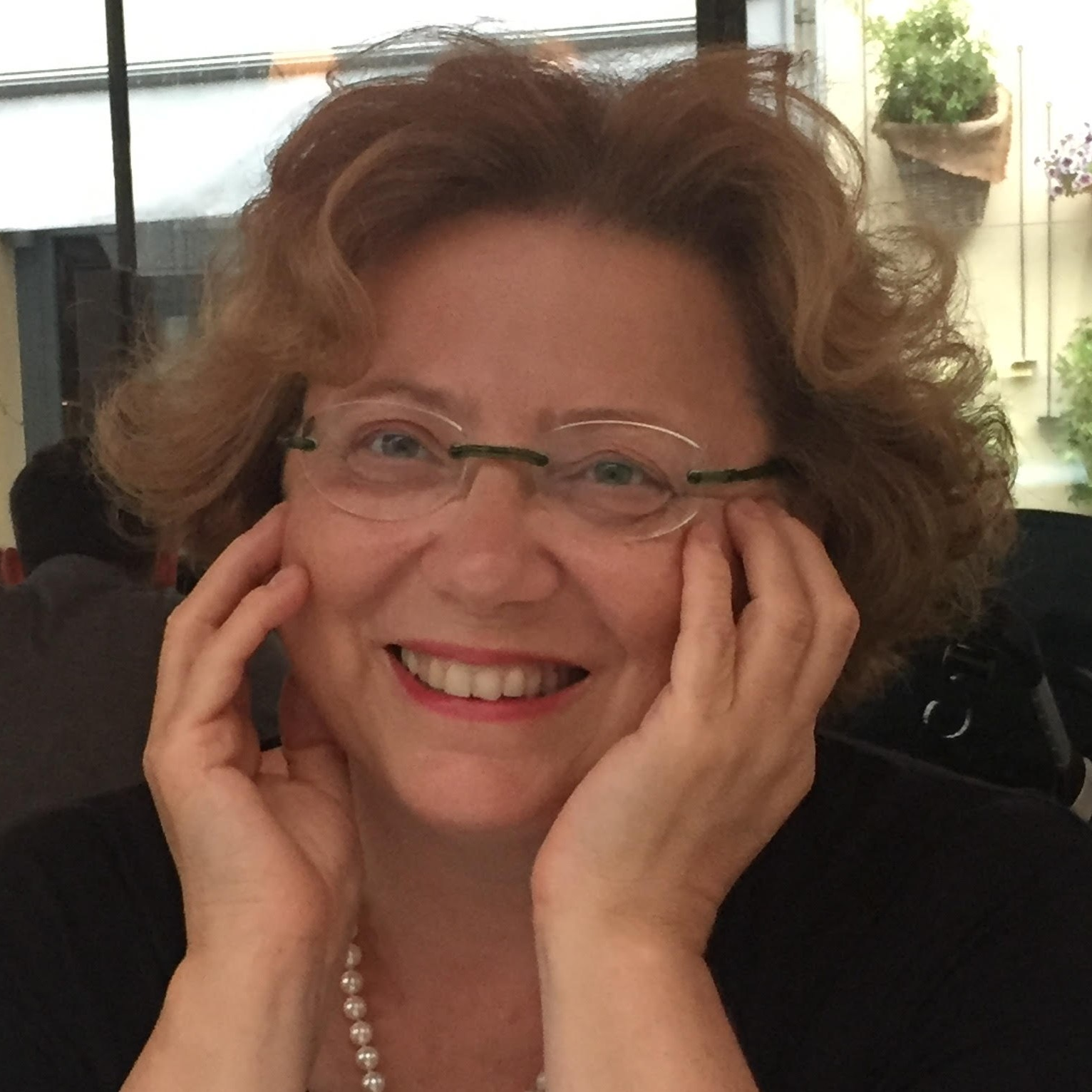 Elisa Molinari is a physicist with over thirty years experience in the simulation of materials and nanosystems and their spectroscopies. She is Professor of Condensed Matter Physics at the University of Modena and Reggio Emilia, and associate scientist at the Nanoscience Institute of the National Research Council (CNR-Nano) in Modena, Italy, since 2001. She was previously with CNR in Rome and Max-Planck Institute Fkf in Stuttgart and Grenoble. She is also a Fellow of the American Physical Society.
Molinari is presently the Director of MaX – Materials design at the exascale, the European Centre of Excellence for high-performance simulation of matter, with headquarters at CNR-Nano in Modena, Italy. She has published over 300 papers and coordinated European and national projects involving fundamental properties and correlation in low-dimensional materials, and joint computational and experimental approaches to nano(bio)systems. She has long been active with women in science, co-founding the "Associazione donne e scienza" in Italy, as well as the IUPAP Working Group on Women in Physics in (1999) and the related International Conference series. 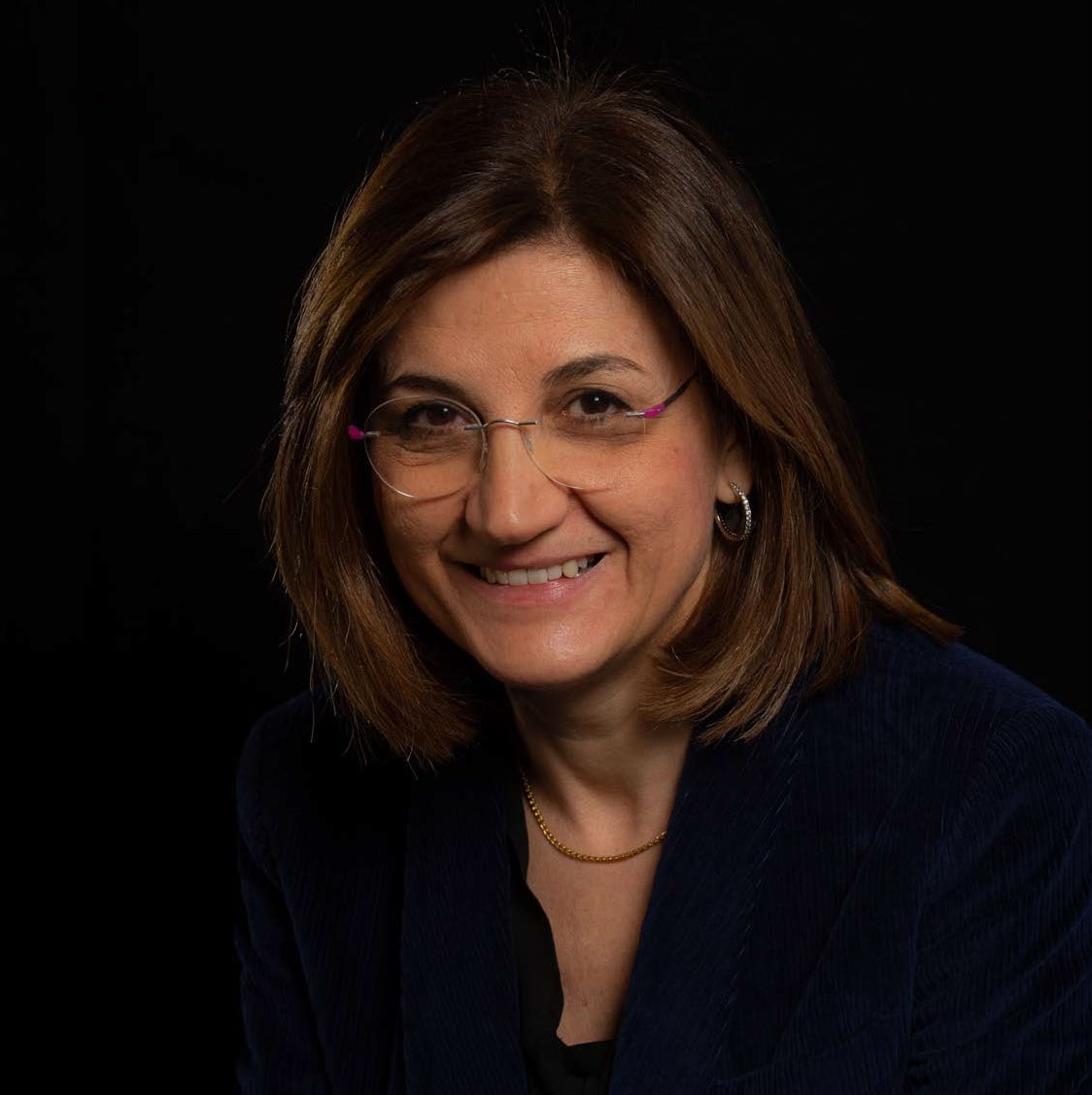 Carme Rovira is ICREA Research Professor at the Department of Chemistry of the University of Barcelona (UB), Spain. She is also member of the Institute of Theoretical and Computational Chemistry of the UB (IQTC). She obtained her PhD degree in Chemistry in 1995, for work on molecular solids carried out at UB (Spain), NCSU and SIU (USA), under the supervision of Juan. J. Novoa, Mike Wangbo and Steve Scheiner. She spent almost three years as postdoc at the Max-Planck-Institute für Festkörperforschung (Stuttgart, Germany, funded by EU-Marie-Curie), working with Michele Parrinello on the dynamics of ligand binding to myoglobin and hemoglobin. After a postdoc at UB, she moved to the Barcelona Science Park as Ramón y Cajal fellow (2002-2006) to start her independent research group. She was appointed ICREA Research Professor in 2007. In 2019 she was on sabbatical at the University of York (UK). Her recognitions include the Young Research Distinction 2003 (Catalan government), the Barcelona City Prize 2016 (City Council), the Emil Fischer Award 2019 (European Carbohydrate Organization) and an ERC Synergy Grant 2020 (EU). She works on the modeling of chemical reactions in proteins, addressing fundamental questions on their function. This knowledge can contribute to the design of novel proteins that are able to work under different conditions, as well as new inhibitors for disease-related enzymes. 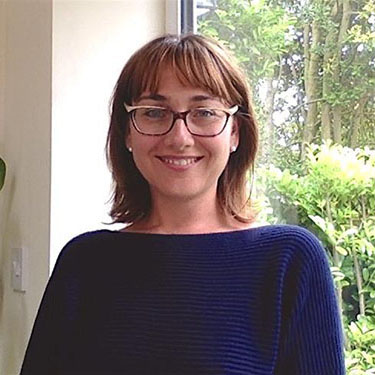 Paola Carbone is a Professor of Physical Chemistry at the University of Manchester.
Paola obtained her PhD in Materials Science from “Universita’ Bicocca” in Milan and after a 2-years postdoc at the University of Bologna, she was awarded a fellowship from the Humboldt Foundation and joined the group of Prof. Mueller-Plathe at the University of Darmstadt in Germany. She moved to the UK with a RCUK fellowship and joined the Department of Chemical Engineering in the University of Manchester where since 2020 she is Professor of Physical Chemistry.
Paola’s research portfolio spans a broad range of applications and modelling techniques – from quantum chemistry to mesoscopic simulations. Her main research interests lay in the establishment of property-structure relationships for soft matter. Her specific expertise is in developing models for polymers, surfactants systems and graphene-based materials. She is author of >100 peer-reviewed publications in the field.
Since 2020 she is the elected chair of the CCP5, the EPSRC-funded network on molecular modelling for condensed matter. 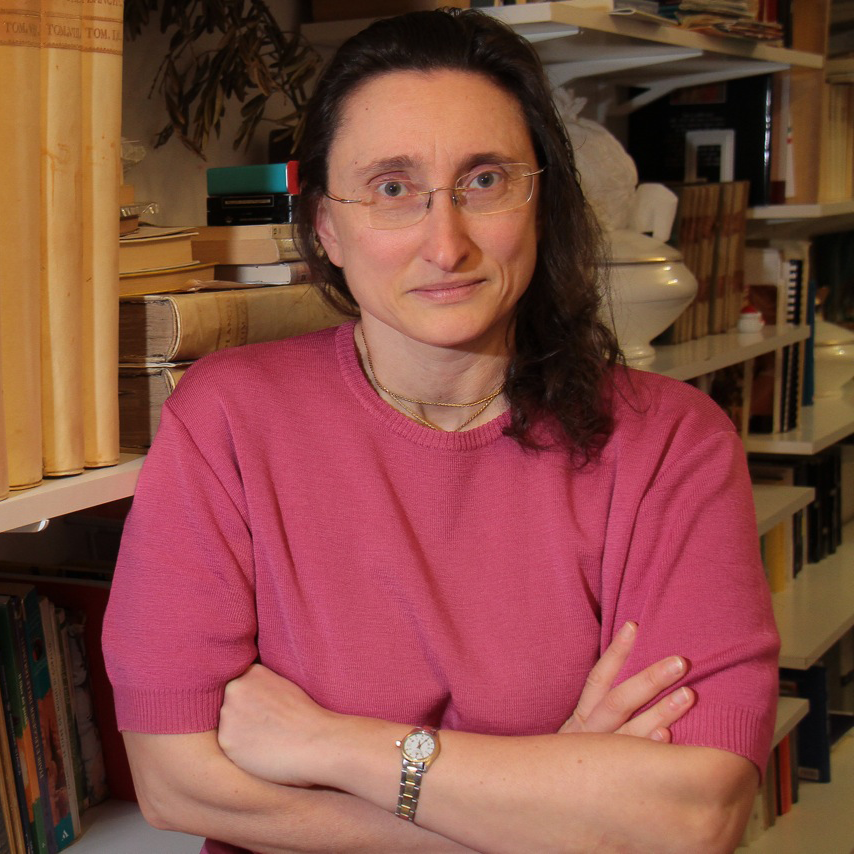 Chiara de Fabritiis obtained her PhD at Scuola Normale Superiore di Pisa in 1994, under the supervision of Edoardo Vesentini.
From 1992 to 1996 she was Permanent Research Associate in Geometry at SISSA, Trieste, then moved to University of Bologna. In 1999 she became Associate Professor at Università Politecnica delle Marche, where in 2005 she obtained the Chair in Geometry.
Her first scientific interests dealt with complex analysis of domains (both bounded and unbounded) and complex manifolds, in particular with complex geodesics, spaces of holomorphic functions, actions of holomorphic maps (especially commuting ones) on complex manifolds and automorphism groups.
She also studied discrete (i.e. iteration) and continuous (i.e. semigroups) dynamics in several complex variables.
More recently, her field of investigation extended to quaternionic analysis and geometry, where she studied slice regular functions on circular domains; she also collaborates with the violinist and composer Davide Amodio in order to use geometry as a tool to study artworks (poems, paintings) and apply the results to the compositions of musical pieces.
de Fabritiis is a member of the Scientific Board of Unione Matematica Italiana and the coordinator of its Equal Opportunities Committee.